When I read the first comment about being Blitzed I was surprised! Me, really?! WOOT! WOOT! :D

Today I have the wonderful Quanie Miller on Write with Fey. She recently came out with her new paranormal novel, The New Mrs. Collins. And on top of that she's a new mommy! Congratulations, Quanie, on your bundle of joy and your book!

Please tell us about your current release, Quanie.

My novel is called The New Mrs. Collins. It’s a paranormal novel set in Louisiana about this woman who suspects that there’s something otherworldly about her son’s new stepmother. She goes digging for answers and discovers too late that some secrets are better left buried.

In the small town of Carolville, Louisiana, no one knows that Adira Collins inherited mystic powers from her great grandmother. All they know is that she’s beautiful, poised, graceful, and ruthless—especially when it comes to love. And no one knows that more than Leena Williams, who was all set to marry the man of her dreams until Adira swooped into town and stole the man’s heart.

Being left at the altar is bad enough, but Leena and her ex share custody of their son, so she has to see the new Mrs. Collins on a regular basis. And it burns every time she does. But soon, Leena starts to suspect that there is more to Adira Collins than meets the eye. And it’s not because she owns some kinky lingerie shop or allegedly insulted the pastor’s wife—it’s the strange way she can make a door close without touching it, or take one look at something and make it drop dead at her feet.

Leena starts digging for answers and soon discovers that, unlike her public persona, Adira’s true nature is somewhere on the other side of grace. She also learns, a little too late, that some secrets are better left buried. 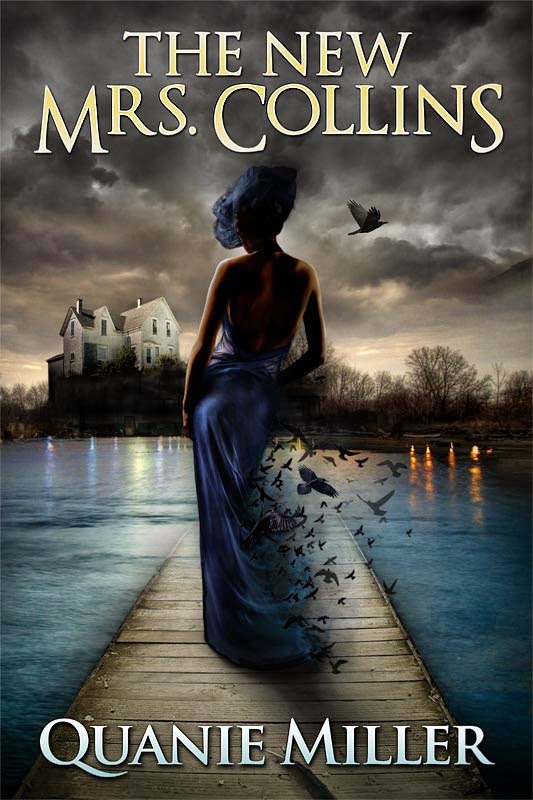 I got this image in my head of a woman standing next to a lake ringing out a towel. There was just something about her that screamed mystery, so I put her on the page to find out!

2. And it's a good thing you did! Why did you choose the setting for The New Mrs. Collins?

I'm from a small Louisiana town so it was natural for me to set The New Mrs. Collins in a similar setting.

3. I love small towns as book settings! What would men find irresistible about your heroine?

I think men would find Leena beautiful but not only that, she is very matter of fact. She doesn’t play coy and lets you know exactly how she feels. Plus, she can bake a sweet potato pie that’ll bring you to your knees! And who can resist a good pie?.

4. Not I! Which actors would play your heroine in a movie?

I get this question a lot and I’d have to say Taraji Henson or Jill Scott. Two of my absolute faves!

5. What would we find in your heroine’s purse if we went snooping?

You’d most likely find a picture of her over active six year old son, Corie.

I’m writing this as I look at my desk: a pacifier, a gift bag, a wine glass, an exercise DVD, a flash drive, a pen, a Chick Filet coupon for free coffee, an old library card, and a penny.

7.     A pacifier. I love that! How old were you when you read your first paranormal book? What was it?

Oh, Goodness! I was probably around ten or eleven (can’t say for certain), and it was probably something by R.L. Stine.

1. I’m a reality TV show junky.
2. I just got a smart phone two weeks ago. Before that, when I’d pull out my old dinosaur of a phone, people would go, “Wow!” and stare at it in amazement.
3. I’m probably the only person on the planet who trips getting inside of her own car!

9.     I still have a dinosaur phone! What lessons did you learn early in your writing career?

I learned that you should get as much feedback on your work as possible so that you can learn what you do well and hone that.

Hone your craft, find your voice, and believe in yourself. 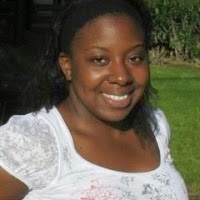 Quanie Miller grew up in New Iberia, Louisiana. She fell in love with reading at an early age and spent most of her time at the Iberia Parish Library discovering authors like R.L. Stine and Christopher Pike (she was often found walking back home from the library with a stack of books that went up to her chin). She holds degrees from Louisiana State University and San Jose State University. She has been the recipient of the James Phelan Literary Award, the Louis King Thore Scholarship, the BEA Student Scriptwriting Award, and the Vicki Hudson Emerging Writing Prize. She is the author of The New Mrs. Collins, a southern paranormal novel, and It Ain't Easy Being Jazzy, a romantic comedy. She lives in South Carolina with her husband and is currently, as always, working on another novel. To find out more about Quanie and her works in progress visit quanietalkswriting.com.

Thank you for telling us all about your fabulous new book, Quanie! I for one can't wait to read it!

Please leave Quanie (and her baby girl) some love! :)