Every Friday for the month of February I’m doing something a little different. This is a four-week "What Would You Do?" feature. I’m asking a question related to one of my books, and I might do something with your answers. ;)

You can give me realistic answers or silly answers.

The first question relates to 30 Seconds. 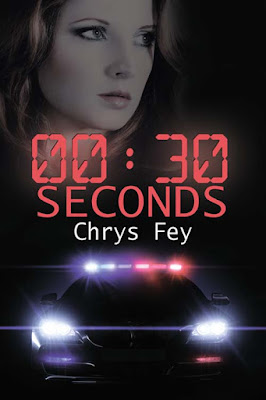 When Officer Blake Herro agreed to go undercover in the Mob, he thought he understood the risks. But he's made mistakes and now an innocent woman has become their target. He's determined to protect her at all costs.

The Mob's death threat turns Dr. Dani Hart's life upside down, but there is one danger she doesn’t anticipate. As she's dodging bullets, she's falling in love with Blake. With danger all around them, will she and Blake survive and have a happy ending, or will the Mob make good on their threat?

QUESTION: In 30 Seconds the Mob is after Blake and Dani. What would you do if the Mob were after you?

A few more questions to help you:
- Where would you go?
- Who would you trust?
- What precautions would you take for your safety?

Leave your answer and invite others to leave their answer. :)

Email ThisBlogThis!Share to TwitterShare to FacebookShare to Pinterest
Labels: 30 Seconds, the Mob, What Would You Do?