Chrys: Welcome, everyone! I've got a great post for you today created by Stephen Tremp, the author of Salem's Daughters. He's discussing dreams...one of my favorite topics. Without further adieu, here he is!


**Salem's Daughters is 99¢ for the Halloween weekend! 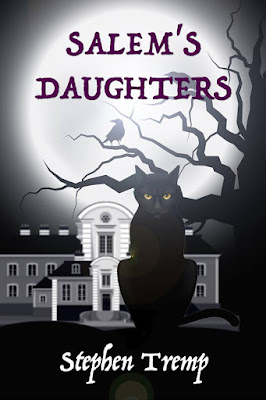 Thank you, Chrys Fey, for hosting me on Salem’s Daughters Blog Tour. This is my first time appearing on your website and I’m thankful for the opportunity to share one of my favorite all time topics: Dreams and Interpretations.

Dreams and their meanings have captivated mankind since we first walked the Earth. Some pass dreams off as just weird stuff our brains are doing while we sleep, and we have no explanation or control over them. They say that large triple pepperoni pizza or mega burrito with everything you ate the night before is the cause of your funky nighttime imaginations. And sometimes, this may very well be the case. 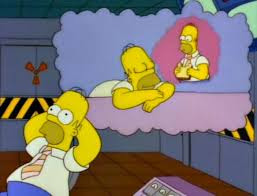 But let’s dig a little deeper. Dreams are very much symbolic. Many people are not satisfied to merely dream dreams; they passionately seek interpretations, believing their true meaning can influence all aspects of their lives, for better or worse. But before we do anything, let’s briefly look at different types of dreams, because it’s difficult if not impossible to simply define ‘dream.’ 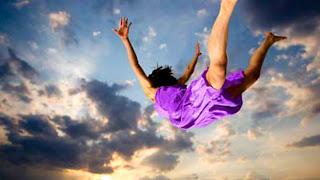 Day Dreams: a series of pleasant thoughts that distract one's attention from the present.

Lucid Dreams: a vivid dream in which one is aware of the dream and their place in it, and can make conscious decisions to control their actions and reactions. It’s as if they are alive inside their dream. I have these from time to time and they are cool and weird and trippy all at the same time.

Premonition Dreams: These are truly astounding cases where people dreamed about events which happened to them, or someone else, in a similar or exact manner they dreamt about. Some call these prophetic dreams and attribute them to God. In the Old Testament Joseph, while in prison, interpreted the dreams of his cellmates. Translation: a cup bearer to Pharaoh was restored to his former position while a baker was impaled on a pole and birds ate away his flesh.

Recurring Dreams: Recurrent dreams generally are stress related or nightmares related to anxiety and fear; you dream of being chased, you may run in slow motion, or you’re falling. They are often associated with events in life where the dreamer is losing control of their sphere of influence like family, job, finances, or health. I’ve had many of these dreams over the course of my life, but not recently. 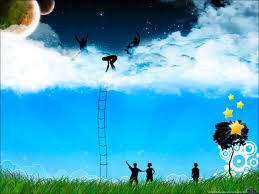 Sleep Paralysis: The inability to move and there is a sense of an evil presence in the room with you. I’ve experienced this and it is truly terrifying. Wifey had to wake me up and I’m glad she did. Wish I had more time to expound on this.

Dream Interpretation: When interpreting a dream, one first focuses on who or what is the focus of the dream. After that is established, particulars such as colors, setting, time of day, people, and other pertinent information are interpreted.

Can We Record Our Dreams: I’m out of space and time (no pun intended for those who know me. Space. Time. Get it?) This is a blog for another day on my Blog Tour. 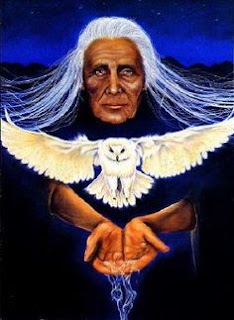 In Salem’s Daughters: One of the thirteen witches who inhabit the body of a cat, Angel, has the ability to cause a person to not only dream, but influence their dreams and prophecy about their future. For better or worse. I use this as an opportunity to introduce one of my favorite characters of the book Joseph Meicigama, a native American of Ojibway descent, better known as Chippewas. The elderly shaman not only has the ability to interpret Bob Steven’s (protagonist) three dreams initiated by Angel. But his appearance as a guest at the bed and breakfast pours gasoline on a fire that is set to ignite between the thirteen cats and a popular cable paranormal television crew filming a live three-hour episode. All hell breaks loose in these chapters! 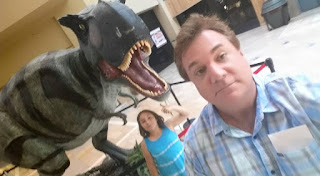 Stephen Tremp: Writes Speculative Fiction and embraces science and the supernatural to help explain the universe, our place in it, and write one of a kind thrillers. Salem's Daughters: is supernatural thriller (with lots of dark comedy).

A four hundred year old evil is unleashed when souls of the daughters of those killed during the Salem Witch Trials find a new generation of people to murder at a modern day bed and breakfast owned by a young unsuspecting couple.

Thank you Chrys for hosting me on my Salem’s Daughters Blog Tour! Below are the pertinent links:

99¢ Discount for the Halloween Weekend:

Question: Do you remember and write down your dreams? Do you seek interpretation for their meaning?

Chrys: Thank you for such a fascinating post, Stephen!

I have written down many dreams and sought meanings for ones I had during tough times in my life.

Please leave Stephen a comment and answer his question.