I'm over at Unicorn Bell today with....
Dear Scrambling Writer

Charm climbed out the shattered window. Shards of glass stuck up out of the dirt like weeds. She carefully set her feet on the ground then took off running. Behind her, she could hear her stepfather’s screams. The rickety door to their falling down house flew open, banged against the wall, and clattered back against the doorframe. He was coming after her with a gun in his hand, the same gun he used to kill her mother with moments before. He hadn’t known she was there, standing in the hallway as they fought.

Her stepfather was mad-drunk at three in the afternoon. When that happened, her mother usually got bruises blooming purples and yellows on her body. This fight started when her mother bravely announced she was leaving him. Her bravery got her killed. Now Charm had to fend for herself.

Her small feet carried her though the woods as she cried for her mother. Sticks stabbed her heels and pine cones pricked her toes, drawing blood. She threw her petite body into palm bushes, their teeth ripped at her arms and legs, but her fright was so strong it hid the pain. She followed a skinny path covered with pine needles through the Florida wilderness. 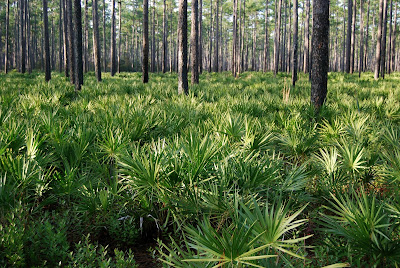 “Get back here, you little bitch,” her stepfather hollered. The sound of his large, beer-padded body sounded like a giant T-Rex. His shouts and curses followed Charm deeper and deeper.

She came out of the woods into a clearing for the Anderson home. Charm knew they were gone for the summer. She snatched the rusted key out from under the welcome mat and locked herself inside. She didn’t even allow herself to take a breath. She ran into the kitchen to find a weapon. If her stepfather was as dumb as a tapeworm, he would stumble on by the Anderson home, but she didn’t take much stock in that luxurious thought.

The Anderson kitchen had ancient linoleum on the floor, sickly-yellow counters, and a scratched table that still had pieces of the Andersons’ last meal there. It was a definite step up from her home.

She tugged open a kitchen drawer. Cockroaches scattered. She grabbed the biggest knife and hurried into the bedroom where she slid under the bed to join a horde of dust bunnies. Hitchhikers clung to her dress and poked her skin. She clutched the butcher knife to her chest.

Size eleven boots staggered up the front steps of the Anderson home. The sound of the door breaking open made her jump. “I know you’re in here! I’m going to kill you like I killed your mother.”

Chills danced along Charm’s spine. Her stepfather’s footsteps moved through the cabin to her hiding place. She couldn’t see him, but she knew he was in the room with her. She held her breath. Large hands roped around her ankles. She let out a scream as he yanked her out from under the bed. He pulled her between his legs and fumbled with the gun. She didn’t think twice when she plunged the knife into his chest. When he fell to the ground, she was cemented to the floor, panting for breath fear kept stealing from her lungs.

When her stepfather didn’t move, she realized he was dead. She stood over him as relief flooded her three-foot-tall body. Surely, no one would convict a six-year-old of murder. ©


Giveaway for a $10 Amazon eGift Card when you sign up for my newsletter!

You can also invite someone to sign up for my newsletter to get extra points. You can do this once a day to the end of the giveaway, but I will be checking to make sure your friend really did sign up.

*Make sure to check for the confirmation email! :)