Scene Spotlight for The Bear Who Wouldn't Leave by J.H. Moncrieff


I am thrilled to bring you a scene spotlight from The Bear Who Wouldn’t Leave by J.H. Moncrieff. I read this book recently and was blown away by it. I didn’t see the twists coming and was biting my nails during the suspenseful parts. And there are many! Edgar is meant to be feared. I’ll let J.H. demonstrate why.... 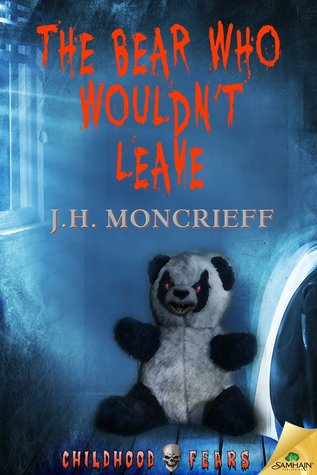 SCENE SPOTLIGHT:
We lowered our heads again and pushed off, the rain striking our necks and backs and legs. Our clothing was soaked, but it made me feel better to think that Edgar was probably soaked too, as my backpack wasn’t waterproof. Let him drown in there, I thought, and as I did, I felt my pack jostle against my back. I panicked, nearly losing my balance. My hands tightened on the handlebars.
It’s only your imagination.
But I knew it hadn’t been.
We’d gotten out of the forest just in time. There was a loud cracking noise, and another blinding flash behind us. We both skidded to a stop and turned to watch.
“Holy assbat Jesus.” Sean whistled. “Did you see that?”
I was too stunned to reply. Lightning was hitting the trees. One by one they caught fire and fell. Soon a steady stream of chipmunks, squirrels, and birds was fleeing the forest. We even saw a deer run past.
The lightning continued to flash, every strike a direct hit. With each crackle and hiss, we both jumped. Our shoulders were so hunched they almost touched our ears. Sean stared at me, wincing into the rain, his eyes wide with fear. “This isn’t right, man.”
“Let’s get out of here.” I didn’t need to ask him twice. Soon we were moving away from McGiver’s Forest as fast as we could go, fighting for purchase on the slick sidewalk.
We hadn’t gone much farther, maybe another mile or two, when we saw the worms. They covered the path ahead in thick, pink ropes. I could almost hear the squelching. One thing I’d never told Sean is that I was afraid of worms. It wasn’t something a boy my age would ever admit to his buddies, unless he wanted to find a few worms in his sleeping bag on the next camping trip.
My chest tightened as I saw their disgusting, slimy bodies. They were night crawlers, the biggest of the big, and they were everywhere. My mouth went as dry as dust. I couldn’t swallow.
I could hear Sean swearing up ahead. The scene was enough to gross him out, and as far as I knew, he wasn’t afraid of worms. Apparently deciding that the best thing to do was get it over with, my friend picked up speed. Cold worm guts splashed me in the face. My stomach clenched with the need to puke, but I kept on going, focusing on my friend’s broad back.
I could avoid seeing them, but I couldn’t stop hearing the sickening splat they made as our tires ran over them, crushing them into the concrete. Still, we were nearly past. My spirits rose, and even the rain seemed to be letting up. We could do this! We would do this.
And then Sean braked so suddenly I almost crashed into him.

1. Where does this scene take place?

This scene takes place in small-town Minnesota. Josh and his friend Sean are attempting to get rid of Edgar, an evil teddy bear that was a “gift” from Josh’s stepfather.

2. What inspired this scene?

I was actually caught in a crazy, sudden storm like this. When I was a child, I was camping in a provincial park with my family, and these gale-force winds came out of nowhere. Suddenly, all the trees started falling down, and they were huge trees. It was terrifying.

And, while this wasn’t intentional, I see the influence of Stephen King’s IT in this scene, as Edgar can apparently manifest what the boys are afraid of.

3. Edgar is one nasty teddy bear. What do you love the most about this scene?

I love that so much is happening—the storm, the bear in the backpack, Josh’s fear, his friend’s crazy energy and determination, the worms. I was terrified of worms as a child too, and I still don’t think I’d have the guts to ride over them like the boys did. Too gross for me!

At this point in the story, Josh still isn’t convinced that Edgar is more than a teddy bear. He thinks his stepfather is playing tricks on him, but he’s about to discover otherwise.

4. I got chills while reading about them riding over those worms. Was this scene difficult or easy to write?

I found this entire book extremely easy to write. It just flowed, from start to finish, although I was really surprised by how dark things got between Josh and his stepfather. Before I began writing, I’d thought that Edgar had belonged to Josh’s dad, but once I discovered that it was a “gift” from a stepfather, I knew the situation wasn’t going to turn out well.

I’m an organic writer, meaning I don’t have outlines. I start with an initial idea, and in this case I knew I wanted to write about a cursed toy, because I always enjoy those stories. This trope has been used before, of course, but I was confident I could bring something new to it. I also knew how I wanted to end the story in this case, but that was it. Josh, Edgar, Sean, and the stepfather came out of nowhere, but I’m glad they did.

5. I truly hated Josh's stepfather. Can you tell us a secret about this scene?

Even though the boys are having a lot thrown at them in this scene, it gets a lot worse. And this is actually the easiest time they’ll have when trying to get rid of Edgar.

Sometimes evil looks like a fuzzy teddy bear.
Still grieving the untimely death of his dad, ten-year-old Josh Leary is reluctant to accept a well-worn stuffed teddy bear from his new stepfather. He soon learns he was right to be wary. Edgar is no ordinary toy...and he doesn’t like being rejected. When Josh banishes him to the closet, terrible things begin to happen.
Desperate to be rid of the bear, Josh engages the help of a friend. As the boys’ efforts rebound on them with horrifying results, Josh is forced to accept the truth—Edgar will always get even. 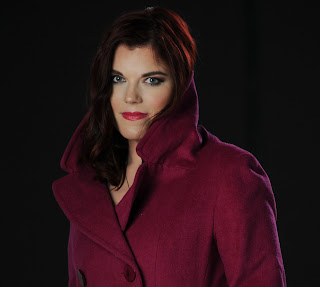 J.H. Moncrieff loves scaring the crap out of people with her books—when she’s not busy being a journalist, editor, book doctor, and publicist. In her “spare” time, she loves to travel to exotic locales, advocate for animal rights, and muay thai kickbox. She blogs about unsolved mysteries, creepy travel, and the supernatural on Tuesdays and Wednesdays.