Today I am welcoming the great DL Hammons to my blog. He is another awesome blogging in the same boat as Alex J. Cavanaugh and Arlee Bird. DL has contributed greatly to the blogosphere by bringing us Blog Blitz and WRiTE CLUB. Let’s all give him a hearty welcome!

1. I have to start with the most obvious question for those who don’t already know...What is Blog Blitz?

I’m always looking for ways to stir the pot and the Blog Blitz is something I came up with to help focus the energy of this wonderful blogosphere in a way that was both fun and useful. I liken it to a game we used to play as kids...Tag! One boy or girl would be deemed “IT” and it was everyone else’s job to chase them down and pile on top of them. The game was both exciting and fun…and that’s the way the Blog Blitz is. How it works is you join the Blitz team by registering on a linky tool I set up…located HERE…and at random times throughout the month I’ll arbitrarily pick someone from that list and send an email to everyone on the team with their blog link…and on a specific date we will all bombard the unsuspecting victims with comments.  Usually someone who is “tagged” will receive close to 100 comments. I’ll also take suggestions from time to time for Blitz targets…and those usually involve team members who are struggling in some way or just need a pick-me-up.

The Blog Blitz has been a huge success and its one of my contributions to the blogging community I’m most proud of. 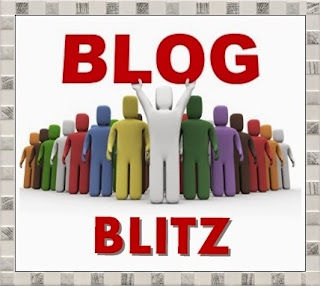 2. Blog Blitz is a fabulous idea. Do you recall the first “victim” to be blitzed?

No, I can’t recall the first victim, but I do recall one of the early ones. We turned our attention to Jeff Hargett for support after he lost his wife suddenly.

3. I'm sure that meant a lot to him. What was your very first blog post?

Wow…talk about a blast from the past.  My very first blog post happened on January 22nd, 2009.  I had a previous blog on Myspace before that, although I hesitate to really call that a blog…more like brain vomit.

My first post on Blogger never garnered a single comment, but that was okay because I didn’t send it out into the world looking for any. It was a really random post about a boy and his bike…and you can read it HERE if you’re interested.  All I can say is that I’ve come a long way since then! 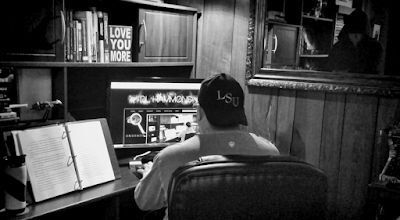 4. You’ve been super busy on your blog lately. Can you tell us about WRiTE CLUB?

Glad to.  WRiTE CLUB is another one of my projects I’m extremely proud of. It’s a contest that just entered its fifth year and became so popular that the DFW Writers Conference in Dallas helps sponsors it now.  The rules of the contest are loosely based on the movie Fight Club, and involve writers submitting 500 word samples of their work – anonymously – using only a pen name. Those samples get matched in head to head bouts and the winner is chosen by the readers with votes left in the comments section. The winners continue to move through the rounds until finally only two remain, and then a panel of celebrity judges made up from famous authors, agents, editors, and past WRiTE CLUB winners pick who becomes the new champion.  WRiTE CLUB is going on right now and everyone is more than welcome to stop by and leave a vote. 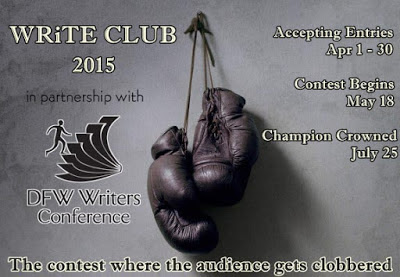 5. Sounds like Fun! What are the top 5 most-viewed posts on your blog?

Two of my most-viewed posts (based on page views) I’ve already talked about.  Those are the post where I introduced the BLOG BLITZ, and the other is the current years WRiTE CLUB kick-off post.

My 3rd most popular post is from another blogfest that I conduct called The Déjà vu Blogfest. That is an annual blog-hop where everyone who participates re-posts their favorite blog from the current year…or a particular blog that they felt deserved more attention than it received.  I’ll be holding the blogfest again this year…in December.

Most popular #4 goes to my first post in April 2012 when I was a co-host for the A-Z Challenge.

And my fifth most popular post…that may not have had a lot of pageviews, but did garner me the 3rd most comments I’ve ever received…was my post for another blogfest I hosted called Origins.

Building a successful blog (and that definition of successful is extremely subjective) is about two things…content and traffic.  I can’t help you with the content…that has to come from you and any attempt to copy somebody else’s formula will not come across as sincere. But traffic…the best way to attract readers to your blog is to visit – and comment – other blogs.  And I mean LOTS of them.  That’s how I did it. It is time consuming and occasionally demanding, but so so worth it.

1. Favorite time to post blogs? Sunday mornings.
2. Blogger or Wordpress? Blogger. Never tried Wordpress.
3. Do you host guests? Love to!
4. Where are you when you’re blogging? At home at my writing desk. 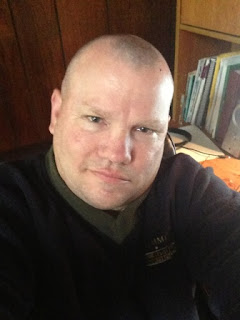 The first thing DL ever officially wrote was in tenth grade...and it was to impress a girl. He wrote a scary script about a young boy who becomes enamored with his reflection in an antique full-length mirror for a school project. The story was well received by the class, but the teacher pulled him aside afterwards and told him she couldn't believe that the material was original. After he finally convinced her that it was written it from scratch, she suggested that he submit it to a short story contest. (Which he never did)

After that DL joined the school newspaper and made a name for himself writing mostly sports articles, but occasionally they would throw him a bone and let him write some feature pieces. His favorite (and most controversial) was an article entitled...The Art of Skipping.

DL attended college at LSU and started off majoring in Journalism, but soon realized that life in that world could prove to be financially challenging.  So he decided to pursue more lucrative majors (ending up graduating with business degree) and writing slowly faded into the background as the realities of everything that tend to induce follicle disembarkation and enlarged prostrates took over his life. It wasn’t until most of his children had flown the coop that he found himself with spare time and all it took was a sprinkle of attention and the warmth of his interest to rekindle a decades old love.

Today DL is represented by Sarah Negovitech of the Corvisiero Literary Agency and together they are submitting his YA Paranormal/Mystery book to publishers.