SWANS is a flash fiction story I wrote last year for a contest. It is based on the myth of swan maidens. When I lost the contest, I submitted it to magazines and ezines. The bit of feedback I got back with my rejections is that it wasn't unique enough. Since I wasn't trying to do something new with the myth, I decided to publish it here for everyone's entertainment. I hope you like it!

Nehe, a beautiful swan, glided over the ebony waters of a pond in Cork, Ireland. Her webbed feet swished gently beneath her body. Ripples spread leisurely across the water as she bobbed her head, extending the curve of her long neck. 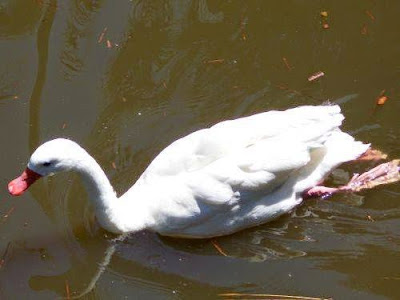 Her form passed over the reflection of the full moon and she lifted her head to look at the real thing. Way up in the night sky, with stars like sugar crystals, the moon’s eyes stared at her expectantly. It knew her intentions, her desires to experience a new life.
Closing her eyes she continued to swim across the pond and thought, I want to be human. Upon opening her eyes, she saw a sparkling haze surround her, like a puff of glittery exhaust. Magic swirled within those sparkles and flowed along her feathers. She felt her webbed toes separate, her legs elongate. Her wings transformed into arms, and a lean torso sprouted out of the water. Her feet touched the bottom of the pond and she walked with human legs.
No more was she a swan, but a young woman with alabaster skin, black eyes, and pure-white hair that reached her hips. She wore a white silk dress and carried a coat of feathers in her arms.
Emerging from the cloud of glitter, she stepped out of the pond onto grass. Knowing her swanskin was the only way she’d be able to return to her rightful form, she hid it beneath a rose bush.
Free from her bonds, she danced among the woods with a gracefulness she never possessed when she had wings. She swung around tree trunks and skipped along dirt paths. The moon guided her wherever she went.
She spent the whole night romping, enjoying her newfound independence. Each breath that filled her human lungs was intoxicating. She wanted to continue her fun, to explore the rest of the world, but the dark hours started to turn to light. She hurried back to her pond. While wadding back into the cold water, she donned her feathers and morphed back into a swan.
With a heavy heart, she swam to the far end of the pond where her family crowded together in their slumber.
The next night she slipped away again and shed her swanskin to delight in the life she craved. She hid her feathers beneath the same bush as before, and ventured further into a world she didn’t know but secretly coveted. She did this every night for several moon phases.
Coming home one dawn, she encountered a black swan waiting for her in the center of the pond. “Welcome back, Nehe,” the black swan greeted her.
“Zhay, what are you doing here?”
“Following you.” She stretched her black neck in authority. “I know what you’ve been doing.”
Nehe lowered her head in shame.
“I don’t blame you, sister. I’ve done the same thing, and countless other swans have too, but it is dangerous. You have to be more cautious. It would be wise if you never turned human again.”
“But my heart yearns for it.”
“You must desist! Swear to me you will.”
Trying to hide her sorrow, Nehe promised Zhay a promise she would soon break. 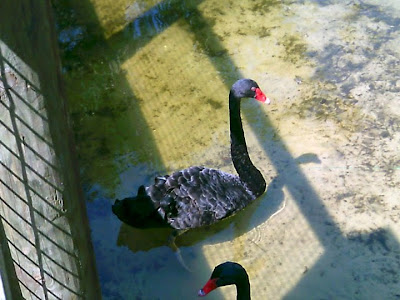 Once more, she snuck out of the pond, out of her feathers, and went on an adventure. All of her wild running and play quickly exhausted her though, so she returned to her pond to retrieve her coat, but it wasn’t where she had left it. She checked the other bushes nearby and came up empty. Frantic, she scurried along the edge of the woods, searching for a single feather to point her in the direction of her coat.
Tears blurred her eyes. Without her coat, she would never be a swan again, she would never be able to go home, and she would never see her family. She couldn’t believe how foolish she had been.
I should’ve listened to Zhay. She turned her back to the woods and looked out over the pond. Would she come if I called to her for help? Or would she leave me to my new fate?
Right when she was about to call out to Zhay, a large hand clamped over her mouth, and an arm circled her waist. She flapped her arms, kicked her feet and bucked in an attempt to break free. The strength of her captor was great, but she didn’t give up. She shook her head until the hand slipped from her mouth, and she bit it.
“Ah! Damn it,” a man’s voice growled in her ear. His arms tightened around her as he yanked her through the woods. “Stop fighting! You’re mine now.”
She fought harder. “You can’t have me,” she said with a deep, human voice. “I am one of the Fay. I am a swan!”
“But not anymore,” he taunted. “You shed your swanskin.”
Fear washed through her like algae. “You have my coat, don’t you?”
“I do, my swan maiden. Now you’re stuck in human form forever.”
He wrestled her to a nearby house where he locked her into the basement. She paced the concrete floor with her bare feet and shouted at the top of her lungs, demanding him to set her free.
The sun rose, sending spears of light through the high, barred window. She watched the angle of the beams shift over the floor as every hour passed. Mid-day, the door above creaked open. She ran across the floor, hoping to make it up the stairs before the door could close. A hunk of bread came bumping down the wooden steps and landed on the floor. Near the foot of the stairs, she saw a handful of raw spinach leaves fluttering in the air. When she reached the bottom, the door was already shut.
At night, the man returned. The moment he was insight, with his two feet on the concrete, Nehe launched herself at him, but he shoved her to the floor as if she weighed less than a feather pillow. She glared up at him, brimming with hate. For the first time since he pushed her into the basement, she could see him clearly. He had a ponytail of black hair, loose strands fell around his face. His eyes were a frozen blue. He was massive in width and height—a giant in her eyes. 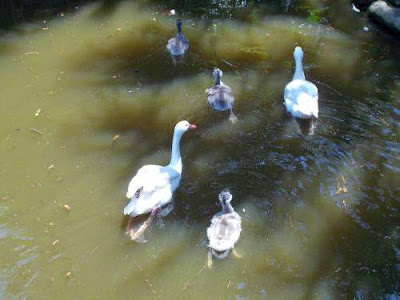 “I’m not meant to live as a human,” she told him.
“Funny. You should’ve realized that sooner, before you became one night after night.”
“How do you know I’ve shed my skin night after night?”
“Because I saw you come out of the water that first night, saw where you hid your coat, watched you dance. And when you continued to do it, I decided I’d take you as my bride.”
“I’m not to be taken!” She pulled a silver whistle from beneath her silk bodice and blew it with all her might, sending out a high-pitched cry.
He jumped forward and ripped the delicate chain from her neck. “What is this?”
“You’ll see.”
He tossed the whistle across the basement. “I found a priest who will wed us tonight. Come on!” He grabbed her arm and yanked her several steps.
The sound of the front door breaking stopped their tug-of-war.
“What was that?” he demanded.
Nehe only smiled.
The beat of dozens of wings and a chorus of angry honks became deafening. The basement door flew open, letting in a flock of swans. They attacked the man, biting him and ramming into his body, so that he released his hold on her.
She dashed up the stairs where more swans waited for her. They flapped their wings and wobbled on their short legs as they led her down a hall, up two flights of stairs, and into the attic.
A massive swan hopped onto a trunk and belted loudly.
“Thank you, brother,” she said.
The swan hopped down.
She threw the lid open with a bang. Inside was her swanskin.  She pulled it out and hugged it to her chest. With it cradled protectively in her arms, she hurried out of her captor’s house.
All the swans that came to her rescue surrounded her in the woods, escorting her to safety. When she reached the pond, she slowed her gait from a run to a slow walk, for standing at the shore of the pond was a tall, regal woman with dark skin and a sheet of onyx hair. She wore a black dress of silk that pooled at her feet.
“Zhay.” Nehe bowed her head.
“Are you ready to come home, my sister?”
Nehe nodded as drops of liquid salt coated her eyes. “I never should’ve left. A swan is what I am meant to be, and I will proudly be a swan forever.”
Taking Zhay’s hand, Nehe stepped into the water. A mist swooped around them as they walked deeper, and when it dissolved into the night air, all that remained were two swans—one black and one white. 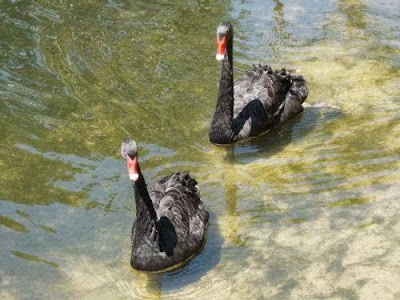 QUESTIONS: What did you think of my story? Have you heard about the myth of swan maidens? Do you like swans?