Please help me to welcome my fellow Rose, Barbara Bettis, to Write with Fey. She is sharing details about her newest release, The Heart of the Phoenix. Plus she as a little Christmas present for one lucky person! Keep reading for details.

Hi Chrys. I so happy to visit you today. I can’t believe we’re so close to Christmas! Goodness. I’d like to award a $10 Amazon GC to one commenter, to celebrate the upcoming holiday!

That is wonderful, Barbara!


THE WINNER  IS SANDRA DAILEY!

Please tell us about your current release, Barbara.

The Heart of the Phoenix is Sir Stephen and Lady Evie’s story. Let me share the blurb, because once I get started talking about it, I’ll just go on and on…

Some call him a ruthless mercenary; she calls him the knight of her heart.

Lady Evelynn’s childhood hero is home—bitter, hard, tempting as sin. And haunted by secrets. A now-grown Evie offers friendship, but Sir Stephen's cruel rejection crushes her, and she resolves to forget him. Yet when an unexpected war throws them together, she finds love isn’t so easy to dismiss. If only the king hadn’t betrothed her to another.

Sir Stephen lives a double life while he seeks the treacherous outlaws who murdered his friends. Driven by revenge, he thinks his heart is closed to love. His childhood shadow, Lady Evie, unexpectedly challenges that belief. He rebuffs her, but he can’t forget her, although he knows she’s to wed the king’s favorite.

When his drive for vengeance leads to Evie’s kidnapping, Stephen must choose between retribution and the love he’s denied too long. Surely King John will see reason.  Convict the murderers; convince the king. Simple. Until a startling revelation threatens everything. 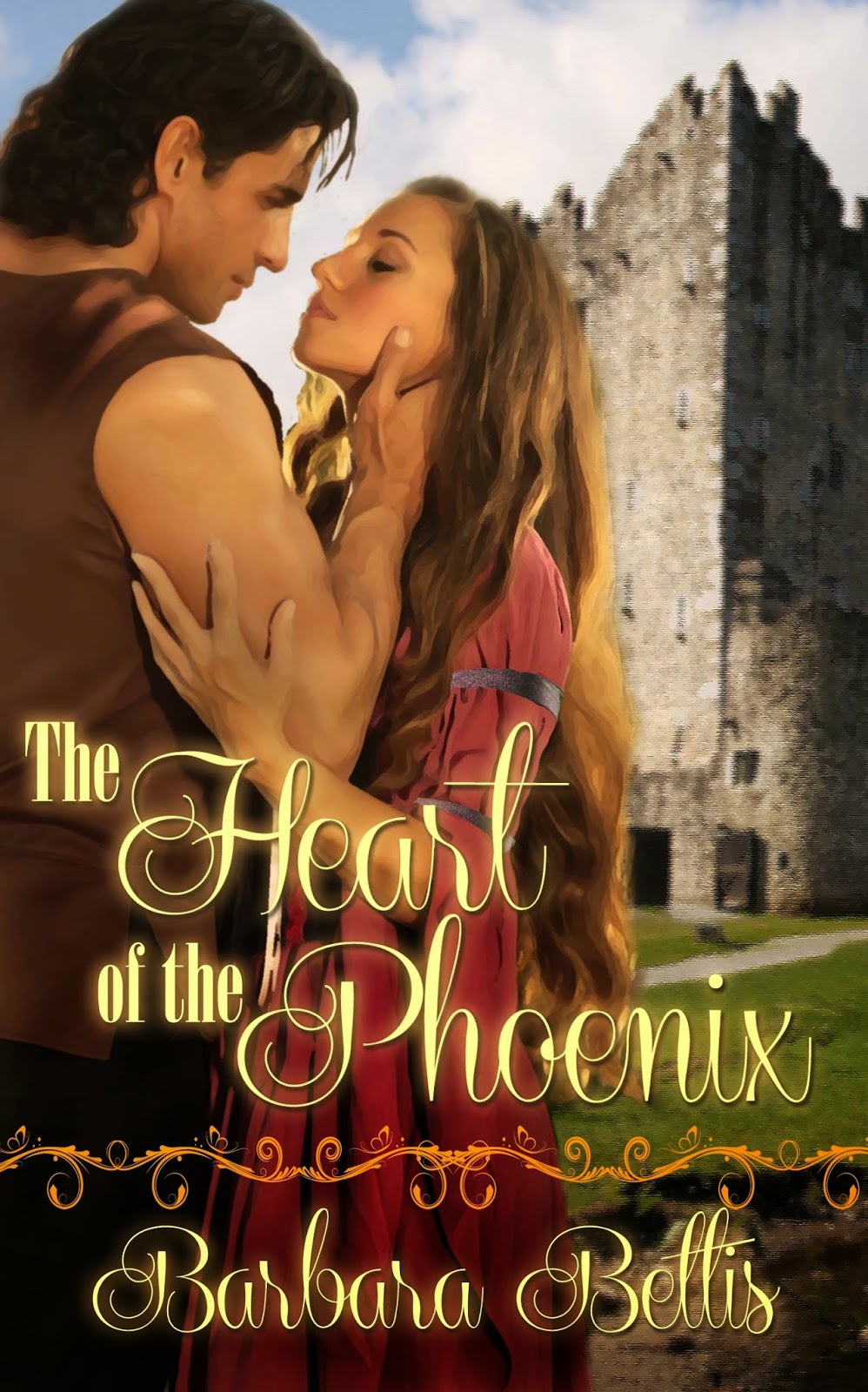 I’ve always been fascinated (if that’s the right word) by the battle at Acre during the Third Crusade and the massacre of prisoners that followed. I wondered—what would a young man recently knighted on the field of battle and devout in his devotion to God and King Richard think of such an action?

That formed the basis or backstory for Stephen, but the book is about his life after that—his determination to right wrongs before he allows himself a chance at happiness.

It is the first of a potential series, Brotherhood of the Phoenix, involving members of the band of mercenaries who serve with Stephen.

The phoenix is a mythical bird of Eastern lore that, basically, rises from its ashes, reborn. The title of the book and the series is a reference to the knights who have suffered a variety of tragedies who remake themselves, who learn to live again, by banding together to fight a group of murderous renegades. This book is about healing Stephen’s heart so he can love once more.

4.    I've always been fascinated by phoenixes. How did you come up with the names for your hero and heroine?

I was rather locked in to my hero’s name, because although he was a ‘walk on’ in a previous book, he was an important one. I couldn’t change his identity. However, I do like the name Stephen and it was in use at that time, although not widely. (King Stephen was William the Conqueror’s grandson, and he fought his cousin, Mathilda, for the crown of England. Matilda was Richard the Lionheart’s grandmother.)

Evelynn (Evie) was another matter. Also a character from two other stories, I’d searched several lists of medieval women’s names before deciding to go with it. I combined two to come up with Evelynn and called her Evie. (Yes, the name Evelyn was a man’s name at one time.) I seem to be drawn to similar sounding names.J My other heroines are Alyss and Emelin. Katherine, Henry’s wife, is my attempt to break from that tendency.  (She’s in an upcoming novella.)

I don’t always listen to music in general while I write, because I have a tendency to get caught up in it. However, I have discovered a couple of pieces that do trigger my imagination, provided the volume is low. David Cook’s first album helps when I need to be reflective (I have no idea why, but it works for me J) And when I need to feel “up,” I love Rimsky-Korsakov’s Capriccio Espagnol. I always smile when I hear that piece. 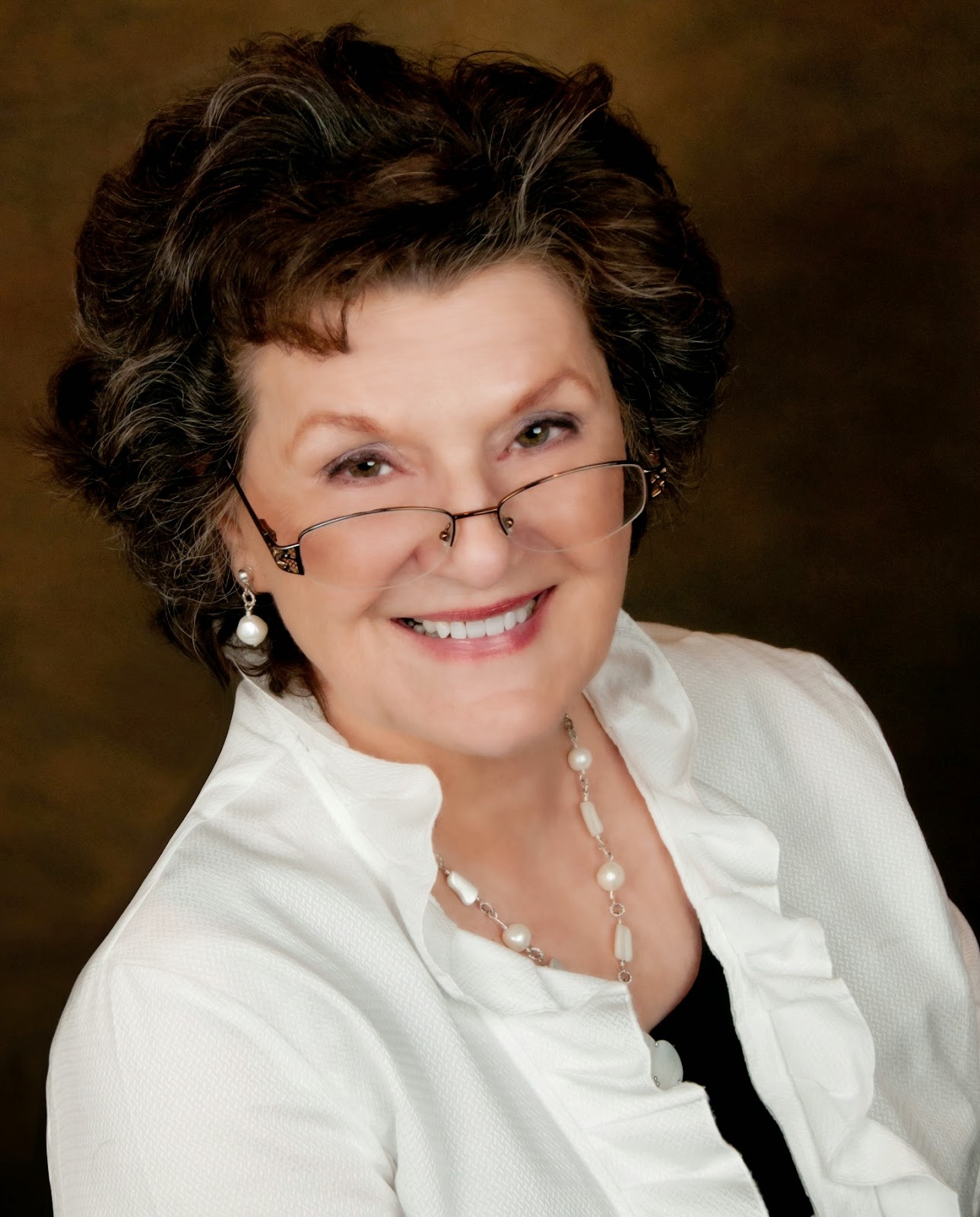 Award winning author Barbara Bettis has always loved history and English. As a college freshman, she briefly considered becoming an archaeologist until she realized there likely would be bugs and snakes involved. And math.

She now lives in Missouri, where by day she’s a mild-mannered English teacher, and by night she’s an intrepid plotter of tales featuring heroines to die for—and heroes to live for.

Thank you so much for taking time to answer my questions, Barbara, and for offering my readers a generous giveaway!

The giveaway is over. Sorry!