Sherry Ellis is offering a tour-wide international giveaway featuring five autographed copies of her book. More information on the giveaway is listed below.

Thanks for having me as a guest on your blog today! I thought I’d share some information about the Terracotta warriors that are featured in my book, Bubba and Squirt’s Big Dig to China.

When Bubba and Squirt arrive in Xi’an, China, they discover they are in the pit of the Terracotta warriors. These clay soldiers were discovered in 1974 by local farmers digging for a well. To date, more than 8,000 have been found and pieced together by archaeologists.

Here are more facts about them:

- They were buried with the first Emperor of China, Ch’in Shi Huang-ti.

- Their purpose was to help the emperor rule another empire in the afterlife.
- No two are the same.

- The hairstyles indicate rank in the army. Officers usually wear hats. Warriors have their hair pinned in a knot. Those with knots on the left side are kneeling archers.

- Construction of the army began when Ch’in Shi Huang-ti was 13 years old and lasted until his death 37 years later. 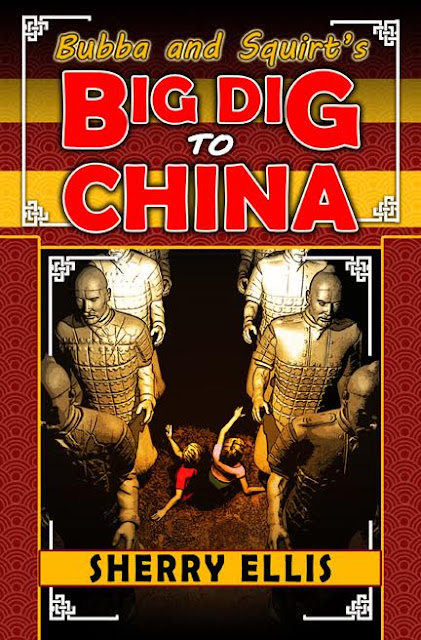 BUBBA AND SQUIRT’S BIG DIG TO CHINA
by Sherry Ellis

Squirt doesn't believe Bubba can dig a hole to China. But when the hole swallows them, the kids find themselves in Xi'an, China, surrounded by Terracotta Warriors.

It gets worse when the ghost of the first emperor of China appears. He tells them they can't go home until they find his missing pi. The kids don't know where to begin until they meet a girl and her grandmother who promise to help find the pendant.

Soon they realize they are being followed. And they are no closer to finding the missing pi. Will Bubba and Squirt ever make it back home? 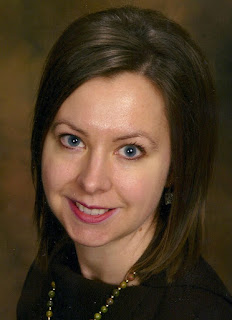 Sherry Ellis is an award-winning author and professional musician who plays and teaches the violin, viola, and piano.

When she is not writing or engaged in musical activities, she can be found doing household chores, hiking, or exploring the world. Sherry, her husband, and their two children live in Atlanta, Georgia.

This tour-wide giveaway is for five (5) autographed copies of BUBBA AND SQUIRT’S BIG DIG TO CHINA. The giveaway is open internationally.

To enter the giveaway, just click on the Rafflecopter widget below and follow the instructions. The widget may take a few seconds to load so please be patient. If the widget doesn’t show up, just click HERE and you’ll be directed to the widget.

Thanks for stopping by and be sure to follow Sherry on her month-long tour HERE. You never know what you might find out.

a Rafflecopter giveaway
Posted by Chrys Fey at 5:00 AM