Today Tamara Narayan is taking over my blog. ENJOY! 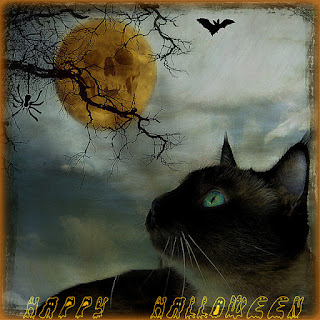 Scared? Scary? Reflective? All of the above?

At the end of October, two different holidays occur. Both involve imagery of skeletons. Both involve those who have passed to the great beyond. As an author, Halloween and The Day of the Dead are ripe topics for plucking out intriguing plots, characters, and setting details. Here's a guide to get you started on your research.

The Day of the Dead, or Dia de los Muertos, started in Mexico at least 3000 years ago. Wooden skulls were used in rituals and dances to honor the dead. Death was not viewed as the end, but the beginning, something to be celebrated. When the Spanish conquistadors showed up 500 years ago, they viewed these practices as “pagan” and “barbaric”.  The Catholic Spanish moved the holiday from August to All Saint’s and All Soul’s Days (November 1 and 2) as part of the effort to christianize the ritual. 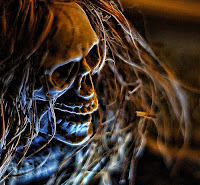 
Two thousand years ago, the Celts in what is now Ireland, the U.K., and northern France, celebrated their new year on November 1. The start of winter and end of harvest marked a fearful time. On October 31 or Samhain, they believed the spirits would return to earth “causing trouble and damaging crops.” To ward off spirits, food and drink were left on doorsteps and people disguised themselves as ghosts if they went out.

Later the church would change the name of Nov.1 to All Saint’s Day or All Hallow’s making Oct. 31 All Hallow’s Eve or Halloween. 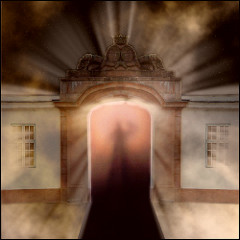 
Day of the Dead: At midnight on October 31, the gates of heaven open to let back the spirits of dead children. These spirits visit their families on Nov. 1. The spirits of adults come on Nov. 2. Families make altars in honor of the dead and visit graveyards to decorate their family member's grave and perhaps have a picnic. Some cities have dances or festivals and people dress up like the dead. 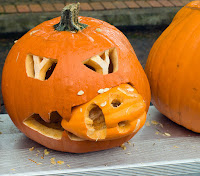 
Halloween: On Nov. 1 hundreds of years ago, poor people would go door to door, begging for food in exchange for offering prayers to their benefactor's dead. This was called "souling". In another tradition called "mumming" or "guising" people dressed in costume to ask for food in exchange for a recitation of poems, songs, or jokes. Such folks might carry a hollowed out turnip, carved with scary faces, with a candle inside to light their way.

Such traditions traveled to America with Irish and Scottish immigrants in the 19th century, where pumpkins replaced turnips and became jack 'o lanterns. Around the 1930s, vandalism along the lines of outhouse tipping, opening farmer's gates and egging houses became a serious problem. This may have led to a push for family friendly activities like the trick-or-treating and parties we have today. 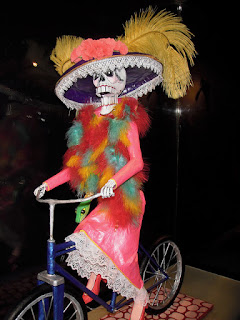 
Day of the Dead: Women may wear long, flowing dresses of bright colors with lace, sugar skull make-up, and a crown of marigolds. A cartoon of a skeleton woman in a fancy hat was drawn to pick fun at the upper class, but today Calavera de la Catrina is an icon of the holiday. Men may where suits with their sugar skull make-up.

Halloween: Modern costumes run the gambit from terrifying (creepy clown) to beautiful (Grecian goddess). You can dress up as "The Donald" or a hotdog. Whether you buy one at Wal-Mart or make your own, the possibilities are endless. 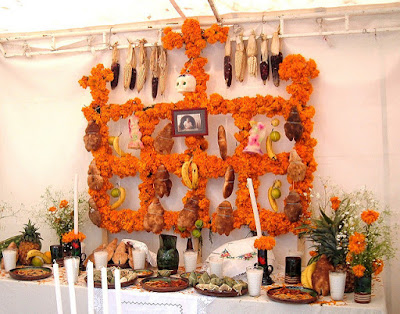 
Day of the Dead: The altars, or ofrendas, are covered in white cloth. Candles, flowers (typically marigolds), pictures of the deceased, and religious objects can be included. Children's altars may have toys and candy. Ofrendas for adults may hold the deceased's favorite food and drink. Sugar skulls, a glass of water, incense, and banners are also traditionally placed on ofrendas. Families may spend up to two months' salary making their ofrenda. These same things are used to decorate graves as well. All of these elements are used to guide the spirits back to the earth to reunite with their families. 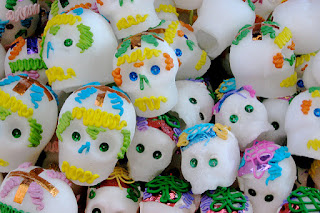 
Halloween: Traditional decorations include symbols of the harvest such as haystacks, pumpkins, and fall leaves along with spiders, bats, black cats, skeletons, and witches. These days you can go to Spirit Halloween or Target and enjoy life-sized electronic figures howling and shrieking as their eyes light up, along with fake severed limbs, zombie decals, and plastic skeletons of dogs, vultures, and even spiders. (Wait! Spiders don't actually have skeletons! Oh well.) The only limit is your budget. 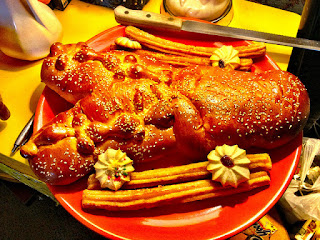 
Day of the Dead: Besides offering the spirits their personal favorites, there is pan de muertos, or dead bread. This sweet, soft bread can be baked in the shape of bones, skulls, animals, or angels. It is often flavored with anise seed and covered in a glaze of melted butter and orange zest (or cinnamon).

Halloween: Soul cakes were offered to those going "souling" (see above). These currant-flavored pastries are a cross between a cookie and a scone. Bobbing for apples may not be popular anymore, but back in the day, the first person to catch one in their teeth would be the next to marry. Another apple tradition was to peel the skin off in one long piece, toss it over your shoulder, and then look to see what letter the peel most resembled. That was supposed to be the first letter of your future husband's name. Today it's all about the candy: Reese's Peanut Butter Cups, Three Musketeers, BlowPops, and Candy Corn. There's something for every sweet tooth. 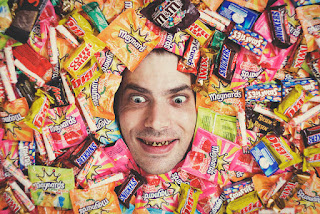 Day of the Dead: Atole is an ancient Mexican beverage served warm, thickened with corn meal and flavored with brown sugar, cinnamon, vanilla, and sometimes chocolate.

Day of the Dead: Whether somber or exuberant, the tone may depend on the length of time since the deceased's passing. In any case, this is a time of celebration and remembrance. Spirits are welcomed.


Halloween: Today it's all about fun. Maybe you'll terrify your neighbors with a full-out fake graveyard in your lawn or twenty-foot-tall inflatable spider. Or maybe you can't wait to put on your costume and get a bag full of candy. Whether it's a party, costume parade, haunted hayride, or haunted house, being scared is part of the excitement. Spirits are to be feared.

8. A note on cultural appropriation. 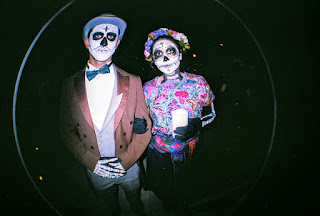 
While both Halloween and The Day of the Dead mark occasions for the return of spirits, the holidays are not interchangeable. For those who celebrate Dia de los Muertos, this holiday is personal. They are celebrating the soul of their mother, their husband, their child. They wear sugar skull make-up as a gesture of honor and respect. Therefore, they may feel the use of sugar skull make-up by those who know nothing of these traditions is wrong. 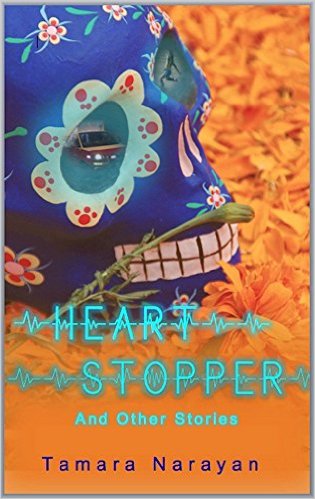 In my novella, Heart Stopper, Dallas is caught between these holidays. While he grew up trick-or-treating, his wife is Mexican. His daughter, Tessa, wants to make an ofrenda for her aunt. Yet Dallas can barely stand to talk about his sister, because he still feels responsible for her death.

When things start disappearing from their house, Dallas thinks it's a prank. Ten plastic bags, nine pens, eight pictures. What will go next? As the countdown continues, he is terrified his sister's spirit may somehow be responsible. What does she want? What one item will vanish on November 1, the day the gates of heaven open?

And now for the best part.


From October 31 through Nov. 4, this collection is FREE!!

If you want to get more trick-or-treat freebies on Halloween (or offer one of your own), go visit Patricia Lynn here.


The author is available at www.tamaranarayan.com.


QUESTIONS: Learn anything you didn't know? How do you feel about the cultural appropriation of Day of the Dead?