What was your very first piece of writing as an aspiring writer? Where is it now? Collecting dust or has it been published?

I was twelve when I started writing about an extraordinary girl in another world. Over the next few years, I wrote three books in that series. At the age of seventeen, I took on the task of rewriting that series, and I continued well into my twenties.

As a matter of fact, I recently revised that first book, and I'm trying to get an agent for it. The main character is Avrianna Heavenborn, who is featured in my short story Ghost of Death. One day, her book (series) will be published. I know it. :)

NEXT IWSG QUESTION: How do you find the time to write in your busy day? (Sept. 7th)

Facebook Party: I held a FB party with 6 AWESOME co-hosts. The turnout was great. I did a grand prize giveaway that required people to sign up for my newsletter for the chance to win. I got 16 new subscribers.

Lesson Learned: Try not to host a party when everyone is taking vacations, and make sure it's set to PUBLIC.

Social Media Push: Throughout July, I pushed one of my releases each week. That's one tweet a day, three posts a week on Instagram, one on FB, and one on Google+. Sales? NADA

Lesson Learned: Social media is not much of a strategy, though it does help to announce releases, sales, etc.

Newsletter Ads: I paid for a Coffee Time Romance’s newsletter ad located on their website. The first day it was up, the link for my ad was the link to another author’s book! I did another with The Romance Studio on August 1st that went into subscribers' inboxes. Again, no sales.

Lesson Learned: Newsletters that are full of ads won't get you noticed. 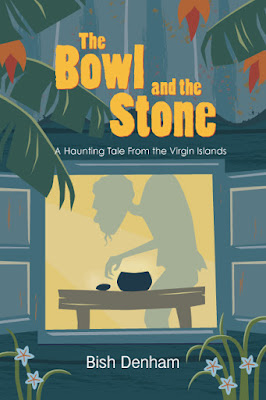 It’s 1962. Sam and her best friend, Nick, have the whole island of St. John, in the U. S. Virgin Islands, as their playground. They’ve got 240 year-old sugar plantation ruins to explore, beaches to swim, and trails to hike.

But when a man disappears like a vapor right in front of them, they must confront a scary new reality. They’re being haunted. By whom? And why? He’s even creeping into Nick’s dreams.

They need help, but the one who might be able to give it is Trumps, a reclusive hunchback who doesn’t like people, especially kids. Are Sam and Nick brave enough to face him? And if they do, will he listen to them?

Their carefree summer games turn into eerie hauntings, and Sam and Nick learn more about themselves and life than they could ever have imagined.


Pre-order HERE today and enter the ghostly tale as soon as it releases. 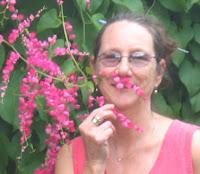 Bish Denham, whose mother’s side of the family has been in the Caribbean for over one hundred years, was raised in the U. S. Virgin Islands. She still has lots of family living there whom she visits regularly.

She says, “Growing up in the islands was like living inside a history book. named the islands, Sir Francis Drake sailed through the area, and Alexander Hamilton was raised on . The ruins of hundreds of sugar plantations, built with the sweat and blood of slave labor, litter the islands. Then there were the pirates who plied the waters. It is within this atmosphere of wonder and mystery, that I grew up. Life for me was magical, and through my writing I hope to pass on some of that magic.”

The Bowl and the Stone: A Haunting Tale from the , is her third book and second novel. You can find Anansi and Company: Retold Jamaican Tales and A Lizard’s Tail, at Amazon.com.