On March 5th (Wednesday) Hurricane Crimes will be having its Word Wide Release. To celebrate, I am doing a special post to recall my experience with Hurricane Frances, the storm that inspired Hurricane Sabrina. I didn’t write this as eloquently as I wrote my story, and it’s not as thrilling, but I hope you enjoy this insight into the real-life events that sparked Hurricane Crimes. I also included a timeline just for fun. 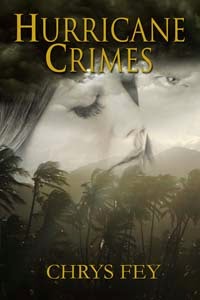 As Hurricane Frances inched her way to the Florida coast, a vast net of gray clouds overtook the sky. Standing on my driveway, with my hair and skirt blowing in the wind and my head tipped back, I could see the circular motion of the clouds. The wind picked up and I watched a neighbor’s forgotten trashcan go rolling down the road.

For the rest of the day, I watched Dinotopia and played dominoes while I waited for the hurricane to hit. The TV would go in and out, and I remember cheering when it fought back to life. That night, the winds became so strong that the transformer in my backyard started sparking. Glowing embers rained down into the darkness below. I eyed the transformer like a ticking time bomb. Not long later it popped with a blast of yellowish-blue light and a sheet of darkness draped over the house.

While I was sleeping, rain dropped in heavy ribbons onto the roof. Wind slammed into the boards covering the windows next to my bed, prying me out of my sleep several times, and I was always relieved to see the walls were still standing around me.

When I woke up, Hurricane Frances was gone. In the light of day, which was obscured by layers of clouds, I found my neighbor’s fence flat on the ground, the roof over my porch torn, and my garage door crumpled.

I spent a week with my family without power. The temperature was high, but Hurricane Frances left behind a nice breeze. To battle the heat, I dragged my mattress to the middle of the living room and slept with all the doors and windows open to create cross-ventilation.

Days after the storm passed, my sisters and I ventured into the city where we heard FEMA was handing out supplies. Driving down deserted roads was surreal. We didn’t pass a single car on our way into the city. All the lights were down and uniformed soldiers stood at busy intersections to navigate the few cars toward the relief stations. We received MRE’s for my whole family to last a few days.

After several days, the wait for our power to be restored became unbearable. Then finally Florida Power and Light workers came to our aid. The sun had retreated down the sky by the time the lights winked on again.

And that was the end of Hurricane Frances’ reign.

Tropical Storm Fay, while she wasn’t as powerful, also made a big impact. She released so much rain from her cloudy hands that the road and field across from my trailer flooded, making it look like I lived on a tiny island. I watched the water rise with growing anticipation. When the water lapped at the top step, I was afraid it would spill over and leak across my living room floor.

While I nervously kept an eye on the water, a cat fish swam up to greet me. He hung out around my front steps for several minutes before swimming away. I remember hoping he’d find a lake or pond before the earth swallowed all the rain, but it continued to rain for days. I was strained in my trailer for about a week, writing and suffering from cabin fever.

Tropical Storm Fay also had another impact on me. Shortly after she decided to leave, I came up with the last name for my pen name: Fey. Although I chose it for its magical meaning, I still believe the storm gave my muse a nudge in the right direction.


2013: I got a publishing contract from The Wild Rose Press. 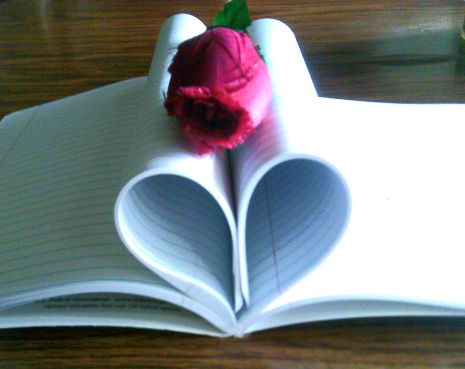 Thank you for reading my hurricane post, sorry there were no crimes in it, but there are plenty of crimes in (shameless plug) Hurricane Crimes. ;)