Writing About: Personality and Psychological Disorders 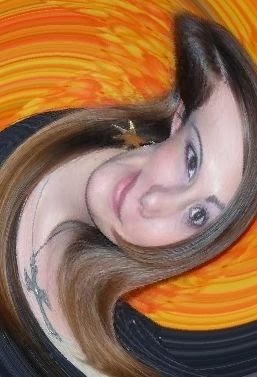 Definition: a personality disorder is a deeply ingrained and maladaptive pattern of thoughts, feelings, and behavior causing long-term difficulties in personal relationships or in society.

*A personality disorder is not regarded as a mental disorder.

TIP: My advice is to already know which disorder you want your character to have, or to do research to find out which one you want to use in your book.

I have done a lot of research in psychology, so I want to share with you some things I have learned:

·         We tend to blame our upbringing, childhoods, and life experiences for the good and bad traits we have. (This can help you in a story because your character could blame a dysfunctional family or a traumatic event from their past for their behavior.)

·         People raised in the same household and in the same family are as different as two random strangers. (Your character with a disorder can have a sibling who doesn’t have a disorder.)

·         Personality disorders appear during adolescence or early adulthood. (The first chapter or so of your book can be dedicated to your character’s youth when the signs of a personality disorder became evident.)

·         All diseases/disorders look the same despite race, religion, and culture.

·         Tumors in certain parts of the brain can cause violent behavior that appears to be a condition of a disorder. (Could your character have a brain tumor?)

Definition: a psychological disorder (or mental disorder) is a pattern of behavioral or psychological symptoms that impacts a person's ability to live ordinary life and/or creates distress for the person experiencing these symptoms, affecting how a person feels, acts, thinks, and perceives.

Once again there are more, which leads me to my first tip:

Of course you will have to do a lot of research! You need to know what the signs are for the disorder that your character has, how it is treated, what it looks like, and how it affects the people diagnosed with it.

Disorders are normally so severe that they interfere with a person’s life, sometimes in multiple ways. Make sure you show how your character’s disorder impacts their relationships, emotions, behavior, thoughts, and habits. How does the disorder hurt his/her performance at work? What does he/she have to do in order to live from day to day?

3.    What is your character’s feeling about the disorder he/she has?

Readers always want to know what a character is thinking and feeling. Is your character ashamed of his/her disorder? Is he/she angry that he/she has it? Or has he/she come to terms with it?

4.    How do the events that occur throughout the story affect the character?

Anything that happens in the story can heighten the symptoms of your character's disorder. Someone referring to him/her as “the schizo” or “an anorexic” can be damaging, so show how it hurts him/her. Also, a big event such as a death can lead him/her into a mental breakdown or to attempt suicide. Whatever happens in your story, show your character’s reaction.

Having a disorder often becomes a label in society, and people tend to look at those with disorders as the disorder itself, not as a human being. Let your minor characters all react in different ways. Some can be critical, mean/rude, cautious, or sympathetic while others can treat him/her normally.

6.    Let your character speak to doctors and psychologists.

In therapy sessions, you can reveal possible causes for the disorder, and traumatic moments in their past. When your character is talking to doctors, let him/her be hopeful or angry depending on their view of the treatment or medication they are discussing.

This especially works if you’re writing in first person, and can help you to show what it is really like to have a disorder. If your character is having a hallucination, use strange images and odd similes/metaphors to describe the hallucination as your character experiences it.

To write about hallucinations (both visual and auditory) it is best to use your imagination, unless you have experienced hallucinations before (I have because of medication for my heart and boy, were they weird!) then you can use those in your story.

Tell your readers things they don’t know such as statistics. For example: 3 million people in the U.S. have OCD, panic disorders run in families, and major depression affects 1 in 20 Americans every year.

10.  View your story as a way to bring awareness.

There is a lot about disorders that people don’t know. Writing a story about a character with a disorder can bring awareness to a lot of people who don’t understand it, and can also help those who have it. You can even shatter myths that come with the disorder you're writing about.


TIP: If you're writing a thriller, add a twist to the end. Maybe your character doesn't really have a disorder, but someone has been giving him/her drugs that causes side-effects much like the symptoms of a disorder.

QUESTIONS: Have you written a story about a character with a disorder? How did you do it? What did you learn along the way?

SHARE: If there is anything you think I should add to this post, please tell me in the comments. There is only so much I can think of (I don’t pretend to be an expert) and I may have forgotten something. Thank you!