Today I am hosting Diane Burton for her Rescuing Mara's Father blog tour, and she is sharing a character interview for her character Lukus.

Hi, Lukus! What is Rescuing Mara’s Father about?

There’s this girl in my class that I kind of like. Her father is our teacher. He is really smart and encourages me to think, analyze, learn. I love it, but Mara doesn’t. She’s always angry with Teacher (as we call him in class). One night I was working in the café when Basco—this mechanic from spaceport—rushes in to get me. Mara’s father has been captured by an evil queen’s (Bormella) henchmen and taken off our planet. We find Mara in the caves where my brother, Jako, and I live. Basco says her father’s instructions are for him to take her farther out on the Frontier and give her a new identity. I think that’s a great idea to protect her. Not Mara. She’s determined to mount a rescue. My brother won’t let her go alone. Neither will Basco. I figured I’d better go, too. So, the four of us set off on a quest to rescue Mara’s Father.

Jeremy Irvine. He was “young Sam” in Mama Mia Here We Go Again.

Fun? What’s that? Even though it’s part of my job, I get to exercise the zircan. I love racing across the plains around our outpost. Going to class at Teacher’s study is what I do in my spare time. I have to earn enough credits to get away from Raythos Outpost #3, actually off Raythos. In two weeks, I turn sixteen. That’s when I (and all orphan males) are conscripted to work in the brilium mines. I have enough for passage for myself. I just need a little more for Jako. I won’t leave him behind.

4. What is your biggest pet peeve?

People who take learning for granted, who don’t care—like Doctor’s daughter and Mara. They don’t realize what a privilege it is.

She and my brother are best friends. Usually, she’s a good influence on him. She’s always trying to give us food and stuff like that. She means well, but I take care of my brother. I don’t need her help. When I found out her father was teaching her, I made sure Jako went to school, too. I go whenever I can.

6. What was your first impression of her?

She’s a spoiled brat. Here she has this great opportunity to learn about the world beyond our outpost, and she doesn’t care.

7. What kind of trouble do the two of you get into?

It’s more like she and my brother get into trouble. Like the time those two took on the three Dunpus Brothers. Those guys are mean and nasty, and they don’t fight fair. I don’t want either Mara or Jako to know it, but I’m proud of the way they cleaned those guys’ clocks.

8. What kind of trouble does Queen Bormella cause for you?

It’s more like Bormella causes trouble for Mara. The Queen captured her father, but the person she really wants is Mara. None of us can figure out why she’d want a little nobody kid from the Outer Rim. We think Basco knows, but will he tell us? No.

9. When did you know you were in love with Mara?

I’m not sure I am. I mean, I have my own plans. As soon as I get off our planet, I’m heading for Quad Six, join an exploration team, and make my fortune. Besides, she’s only fifteen, a year younger than me. Still, she is cute, and I like her. A lot.

10. What moment of Rescuing Mara’s Father was your favorite?

When I realized I could get off Raythos if I helped Mara. Not real gallant of me, is it?

11. What moment of Rescuing Mara’s Father caused you the most fear?

When Basco left us. I know Mara was scared. In fact, we all were. Here we were, three kids, on our own. He’d told us often enough he had to leave. We didn’t think he would do it. He’s supposed to protect Mara, not leave her. On top of that, I was just knifed in a fight. Not exactly my finest hour.

12. Is there anything you did in Rescuing Mara’s Father that you would change if you could?

*big smile* I would kiss her sooner.

Food: Mongberry pie. Chef makes it once a week at the café. Delicious.

Drink: Sheelonga tea. Refreshing, keeps me awake so I can study.

Book: The History of the Coalition of Planets. Teacher gave me a copy for my birthday last year.

Animal: Zircan. You might think they look like horses, with bigger heads. They’re faster than almost anything, except a speeder, of course. 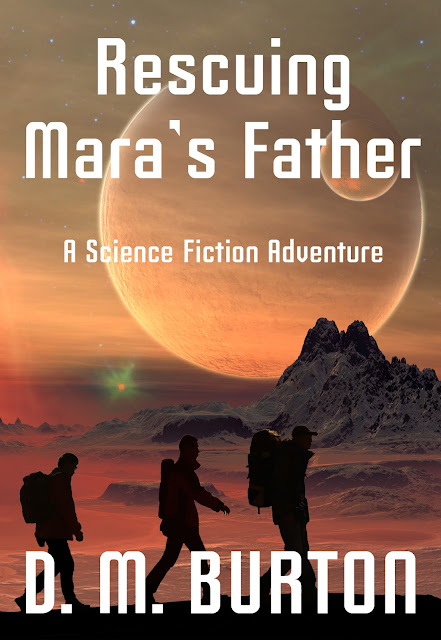 Her father is gone! Taken by the Queen of Compara’s agents. Mara has to rescue him before the Queen tortures and kills him.

Instead of the kind, loving father she’s always known, he’s become demanding, critical, with impossible expectations—not just as Father but also as the only teacher in their frontier outpost. Mara would rather scoop zircan poop than listen to another boring lecture about governments on Central Planets. Give her a starship engine to take apart or, better yet, fly, and she’s happy. Now, he’s gone.

Never mind, Father promised she could go off planet to Tech Institute next month when she turns fifteen, where she’ll learn to fly starships.

Never mind, she ran away because she’s furious with him because he reneged on that promise. Father is her only parent. She has to save him.

Along with her best friend, eleven-year-old Jako, and his brother 15-year-old Lukus, Mara sets off to find her father. Her mentor, old spaceport mechanic, seems to know why the Queen captured Father. In fact, he seems to know her father well. But, does he tell her everything? Of course not. He dribbles out info like a mush-eating baby. Worse, he indicates he’ll be leaving them soon. And Lukus can’t wait to get off our planet. Mara’s afraid they will all leave, and she’ll be on her own. Despite her fears, Mara has to rescue her father. 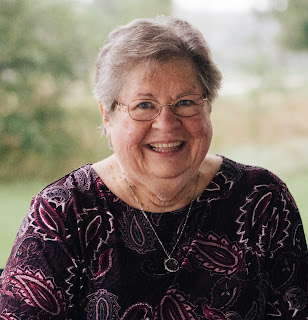 The first time D.M. Burton saw Star Wars IV: A New Hope, she was hooked on science fiction and space travel. The Star Trek movies made her want to travel to other planets. Alas, she is still Earth-bound. D.M. and her husband live in Michigan, close to their two children and five grandchildren.

She writes adult fiction as Diane Burton, where she combines her love of mystery, adventure, science fiction and romance into writing romantic fiction. Besides writing science fiction romance, she writes romantic suspense, and cozy mysteries.

For more info and excerpts from her books, visit Diane’s website: http://www.dianeburton.com

Many chances to win.


Thank you Lukus and Diane for spending some time here on Write with Fey!