Please help me to welcome Sandra Dailey, a fellow The Wilrd Rose Press author. She's sharing her newest release with us and talking about her muse. 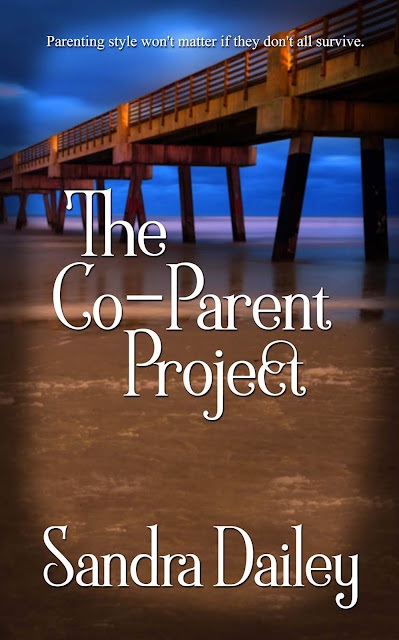 1. Tell us about your recent release.

Luca Wolff and Joy Sullivan are competing for guardianship of their estranged, teenage nephew, Eric, after his parents are killed in a plane crash. Evidence shows the crash wasn't an accident. Neither was a recent explosion that destroyed Luca's house. When a fire is intentionally set in Joy's home, suspicion points to Eric--and that's not the end of their trouble. Eric has been in his share of mischief, but now he has a chance to clean up his reputation. That's hard to do when the only people who believe in you are the ones you're accused of targeting. Just as Luca and Joy give in to romance, new information comes to light that could tear them apart along with Eric's dream for a happy family. The three have to set aside their grief, personal issues, and disagreements to figure out who is out to kill them…and why.

Her name is Trixy. When I was six years old I was devastated to be separated from my twin sister in first grade. Trixy came to tell me stories and distract me from my loneliness. She got me into plenty of trouble with all my teachers, but I couldn’t resist her.

3. That is so cute! What does Trixy look like?

Trixy is a pixy. She’s very small and dresses in gold and green. She flits around with pretty wings. She could be mistaken for a fairy, but she’s not.

4. My muse has wings, too, but she's not a fairy or a pixie. Describe Trixy’s personality.

Trixy loves scary stories, but she also has a great sense of humor. She giggles a lot, which makes me laugh as well. We like to play the game what if....

5. How do you tempt Trixy to work?

There’s no need to tempt Trixy. She’s always by my ear. Sometimes I wish she’d give me a break.

6. When/where does Trixy inspire you the most?

7. Has your muse ever gone on strike?

Trixy avoids me if I get depressed, but she can’t stay away for long.

8. What would your Trix’s motto be to get your butt into gear?

She doesn’t have a motto. When she wants me to work, she sings annoying songs in my ear. Let me put it this way. She’ll never star in a Disney movie.

9. What was your relationship like with Trixy while writing The Co-Parent Project?

She was a little crazy. Sometimes I’d be in the middle of a scene and she’d land on my shoulder. “Do you remember that scene three chapters back? I’ve got a great idea to make it better.”

10. Are you and Trixy working on something new?

We’ve been discussing a five-part series that takes place in rural Florida. Each will be a standalone romance with a soft suspense, but there’s a hint of a mystery that runs through them all. 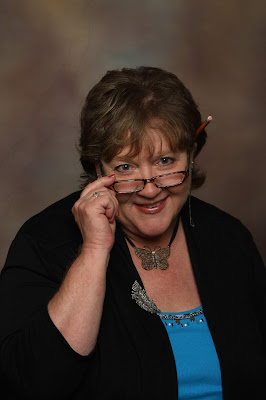 From childhood I've moved from place to place, from Indiana to Florida, stopping in several places in between. I also moved from job to job; as a waitress, soldier, retail manager, dental assistant, etc… The one thing I never had to leave behind was my imagination. Storytelling has always been my favorite way to pass time. I've often been told I should write a book. Finally, I did. It was so much fun: I felt I must write more, so I have. I've been a student of Long Ridge Writers Group and once won a short story contest with Harlequin. I currently live in North Florida with my husband, whom I torture with crazy story lines and half written manuscripts.

Thank you Sandra for sharing Trixy with us!