Please welcome Susan Kelley to Write with Fey! She knows about my fascination with disaster and has provided an intriguing article for us about how a pandemic could end the world.

Take it away, Susan! 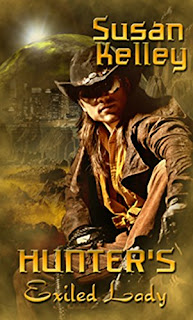 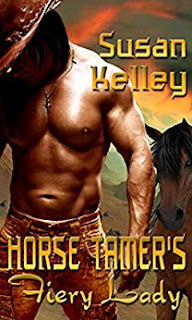 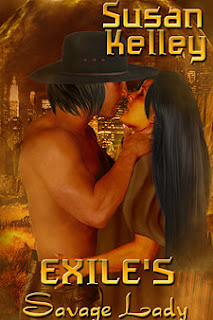 In my latest series, Survivors of the Apocalypse, humanity in on the brink of extinction after a pandemic sweeps the world and kills millions. How would the collapse of civilization occur and what would the impact be on the handful of survivors?

In this futuristic world, scientists believe they’ve found a universal vaccine that will make an end to the diseases that have plagued mankind since the beginning of time. This isn’t something very far outside of reality. Legions of scientists work on creating yearly flu vaccines and part of their work is to someday create a vaccine that will work against any mutation of the flu.

2018 marks one hundred years since the worst flu pandemic in the world’s history. Around 50 million people died. Looking at how people are more mobile and how many more of us there are, can you imagine the numbers is such a virulent strain hit us today. Before you think our modern medicine would prevent that, keep in mind that an estimated 300,000 to 700,000 people die from the flu every year. Last year’s flu vaccine only protected one in four people who received. To read more about the search for a universal vaccine, here is one of many articles about it.

In my fictional setting, the universal vaccines backfires and disaster results. Imagine how civilization would crumble and implode. A lot of people get very sick, and the medical resources are overwhelmed. Some of the sick would be essential services like healthcare workers and police officers. Civil unrest would follow. As more people succumb, families fall apart, media falls silent, and infrastructure collapses. No phones, no electricity, and then no clean water.

Governments first thoughts might be that an enemy have used a biological weapon. Before the truth is known, a short devastating nuclear war could occur. Untended nuclear and chemical plants would eventually dump their poisons into the environment. Scientists that might have stopped the problem fall to the plague before they are successful. The world of mankind is over.

Except there will always be people who fall through the cracks and don’t get the newest vaccine. There are people who are for whatever genetic reasons are immune to the disease. And therein lies the hope for humanity’s survival, and the framework for my series.

Add in one protected biodome city, completely cutoff from the rest of the world, and you have enough people to give mankind a chance. Maybe. 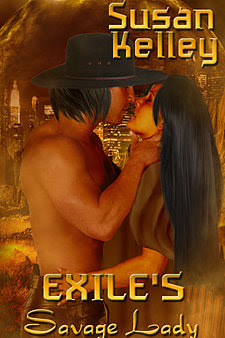 Exile’s Savage Lady: Book #3 in Survivors of the Apocalypse, is the final book as a few brave people risk everything to bring the cure to everyone. Robin Linden was saved by the Gibbs family when the city exiled him to die outside the dome. The cure exists, but those in the city don’t know. Robin can’t let those inside starve as their resources fail, and he’s willing to sacrifice himself to save them. Kerry Gibbs doesn’t understand what makes the stoic city man tick, but she’s not going to let him get away before she finds out why she finds him so attractive. If that means following inside the city, she’s not afraid of anything. But the more she gets to know Robin and what motivates him, she fears for the first time. They may be able to save the city, but she’ll lose the man she loves.

Find it on Amazon.

BIO: Susan Kelley lives in a large country home in Pennsylvania where she and her husband have raised six children. After many years as a high school teacher, she retired to write full time. She loves dystopia, space adventures, superheroes, but especially everyday heroes.

QUESTIONS: Do you get your flu shot every year? Have you ever been really sick with the flu? Do you think the world will end with a big bang or a long moan?