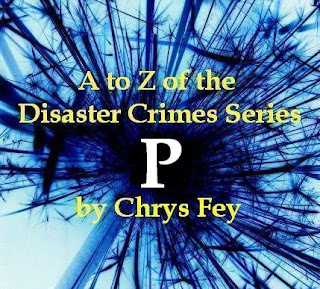 When you’re a writer, you end up cutting unnecessary scenes from your book that are extra fluff. In Seismic Crimes, I had written a playground fight scene. It’s a flashback on Donovan’s childhood and gives us special insight into what he was like as a kid, and what he had gone through having a drunk, worthless father and a mother who had to raise him alone. I adored the scene but ended up having to delete it because, although it was cute and funny, it didn’t add to the story.

I always keep whatever I end up having to delete from my projects. So now I can share this scene with you!

On the day before Christmas break, Donovan’s class, along with the other fourth grade classes, ventured outdoors into the cold. A carpet of gray clouds smothered the sky. Snow flurries danced through the air, swaying from side to side as they fell. Donovan ran around the playground with his group of friends. Being free, after being cooped up all day doing silly art projects like making reindeer with his feet, felt great. He didn’t even care that it was freezing. The fact that winter break was a few hours away and counting made playtime even more delicious.

Donovan was in a heated game of tag when someone shoved him from behind and he fell into the snow. The fall caught him off guard. His hands dove through the snow and frozen pieces of mulch stabbed his palms. He turned over to look up at his attacker, a boy with a twisted, angry face.

Donovan jumped to his feet and brushed snow off his clothes. “What’s your problem, Miles?”

Miles crossed his arms over his one-too-many-cupcakes belly. “You’re my problem.”

“I haven’t done anything to you.”

“You didn’t have to. Your face is enough to make me mad.”

One of Donovan’s friends laughed from behind him. “You’re mad that you’re ugly and Donovan’s not?”

The surrounding children joined in with hoots and hollers.

“Shut up!” Miles stepped forward, getting toe to toe with Donovan. “I don’t have to explain why I don’t like you.”

Donovan glared into Miles’ mucus-green eyes. “If you’re in my face you do.”

“Alright, Donovan, I don’t like you because you’re a bastard. Your dad is a dumbass drunk and your mom is a whore.”

Donovan couldn’t care less what anyone said about his biological father—or sperm donor, which was a more appropriate term for the man who wasn’t in his life—because there was a safe bet he thought the same things or worse. But the moment anyone said something about his mom—a beautiful, sweet, loving woman—he snapped.


To read more from Seismic Crimes, go to Amazon. 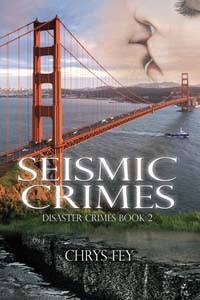