I am thrilled to bring to you the first author interview on Write with Fey. Please welcome my fellow The Wild Rose Press author, Ashantay Peters!

Ashantay, tell us about your current release.

Death Rub was released earlier this month, and is a light romantic suspense novel featuring a massage therapist, her young lover, and a cast of characters in town for a class reunion. 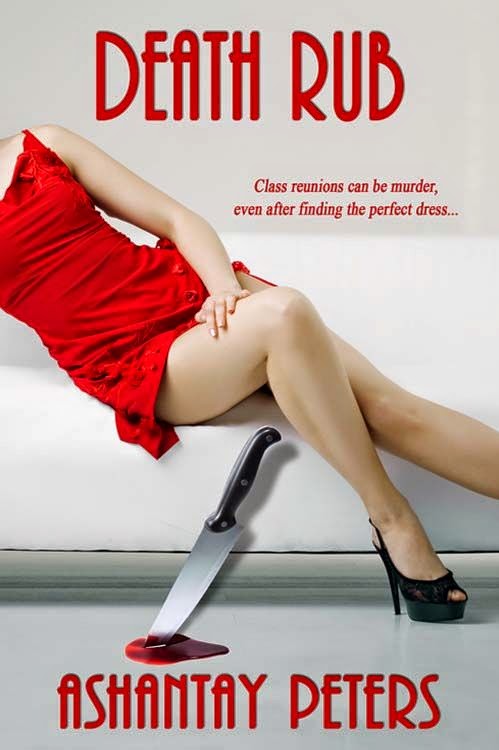 I’ve written several stories about “alternative” characters: yoga instructors, a massage therapist, and my current, WIP - organic gardeners.  Seemed like a niche no one else was exploring.

2.    I love your characters’ professions! How did you pick the title for your book?

My first novel, featuring a yoga instructor gone bad, was named Death Stretch. I wanted to keep Death in each title, so Death Rub seemed a good choice relating to massage.

3.    Death Rub is an intriguing title. Why did you choose the setting for Death Rub?

My books are all set in a small fictional town named Granville Falls, NC. I like small towns because there always seems to be a quirky character or two hanging around, along with a potential for good gossip.

4.    If your book had a soundtrack, give us a list of a few songs that would be on it.

Hmm. Hot Stuff by Donna Summer for my detective hero, Girls Just Wanna Have Fun for my heroine and her best friend, then a mélange of songs by Eric Clapton, Santana, Michael Jackson’s Thriller even though I didn’t include zombies, Cold Play, salsa, and a golden oldie or two. Definitely eclectic!

5.    What movies inspired your book?

Older detective movies – The Thin Man series especially – are films I enjoy the most. The quick, witty dialogue and B&W lighting are classic.

6.    How did you come up with the names for your hero and heroine?

I love puns, especially those related to a man’s private parts. So my hero Cam’s last name became Darrow, out of the original D’Arrow. Maggie’s name was inspired by a  woman I know who is a spa manager.

7.   What would women find irresistible about your hero?

I don’t know about all women, but I think Dirk is hot because he’s loyal, funny, and protective. He’s handsome but not too pretty. He has a strong need to do what’s right. And he’s intelligent – that’s a must!.

8. Dirk sounds like a keeper! What are a few things we would find in or on your desk?

A bunch of sticky notes and scraps of paper holding ideas and word snippets. I’m keeping all of them until I can remember why I wrote them in the first place.

9.    Have you ever experienced something unusual that influenced a story?

My first novel (still hidden under the bed) was based on a ghost who shared my home in Florida. He was an older man who had built the house and died from cancer there. His “tell” was a strong tobacco smell – drove me crazy until I figured out it was the prior owner.

Have fun when you write! If you’re not enjoying the process, you’re trying too hard, and your stress will show in your work. Relax, let the words flow, and don’t try to control your Muse. She knows more than you do. 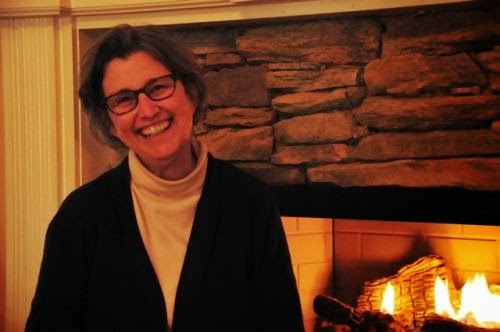 Ashantay Peters lives in the North Carolina mountains, where she loves escaping into a well-written book. Her reading addiction also has her perusing magazines, newspapers, Internet articles and even food labels. The last is often feebly excused as an attempt to maintain health, but her friends know the truth.

Ashantay has two other releases with The Wild Rose Press: Death Stretch and Death Under the Mistletoe and is working on a fourth, Dickens of a Death.

She loves to hear from readers and promises not to stalk anyone who contacts her.

Thank you, Ashantay, for being my first author interviewee! I had a blast getting to know you and your book, Death Rub.

Please leave a comment and show Ashantay some love. :)