The Ghosts of Aquinnah by Julie Flanders / Book Blast

Today is Julie Flander's day on Write with Fey! She is sharing her newest book, The Ghosts of Aquinnah with us. I hope you all enjoy the beautiful cover and intriguing blurb. 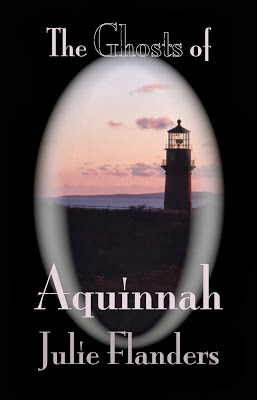 A brilliant flash of light transcends through time.

Another freezes a cloaked figure within a frame of salty mist as waves crash against a rocky shore. Her harrowing expression shadows the beacon to a pinprick.

By the next blaze, she is gone. Only the lighthouse remains.

Hannah’s eyes blink in step with each heartbeat. Images of her deceased parents and Martha’s Vineyard explode like firecrackers inside her mind.

She shakes her head.

For weeks this eerie woman dressed in nineteenth century garb has been haunting my webcam, but tonight she stared into my soul.

Casting aside months of research on historic lighthouses, Hannah drives to the coast and boards a ferry.

What is the strange connection she has to this mysterious woman suspended in time?

But, it’s not at all what she expects...

Stella turned around and ran back to him on tip-toe, her finger pressed to her lips.

“Shhh,” she said. “I told you Josiah wasn’t to know I asked you for that.”

He stood up from the hay and retrieved the newspaper from his makeshift bed. “For you, Madam,” he said as he handed the paper to Stella with an exaggerated bow.

Stella giggled as she took the paper in her hands. “Thank you, kind sir.”

She sat back down on the bale of hay and motioned for Christopher to join her.

“I can’t read,” he said. “I was too busy working and helping my mam pay the rent to ever learn.”

Stella turned to him, the light of the lantern dancing in her green eyes. “I could teach you to read,” she said. “It’s not hard. And you’d love it. I know you would.”

As Christopher stared down at her the last thing he cared about was learning to read. All he wanted was to kiss her. He leaned towards her before stopping and scolding himself inwardly. She was a married woman. And, no matter what he thought of Josiah Winslow, he was a guest in the man’s home. His mother would have been ashamed of him.

“What is it?” Stella asked. “What are you thinking about?”

“You,” Christopher thought. “How beautiful your eyes are. How much I want to kiss you…”

“I was thinking about a story Mrs. Luce told me about at the apothecary,” he said.

“About a doctor there in Boston who took his own life.”

Stella ran her fingers over the newsprint before folding the paper in her hands. “I shall read all about it tomorrow when Josiah goes to visit his patients,” she said.

She got up from the bale of hay once more and walked to the door of the barn.

“Good night, Mr. Casey,” she said, turning back to face him.

“And good night to you, Mrs. Winslow.”

Christopher watched Stella scurry out of the barn and lay back into his bed of hay. He bunched the heavy blankets Stella had already provided around him and gingerly pulled his still throbbing arm closer to his chest.

He thought of Stella getting into her bed inside the house and wondered what that bed and bedroom looked like. He felt a stirring in his groin as he imagined what it would be like to lay beside her. To run his hands through her thick auburn hair and press his lips against her own. To slip her nightdress from her shoulders and take her small body into his arms. He knew it would be heaven.

But it was another man’s heaven, and one he couldn’t possibly have for himself. His face burned with both desire and shame as he scolded himself for coveting another man’s wife. He closed his eyes, but sleep refused to come to him. He couldn’t stop thinking about Stella. 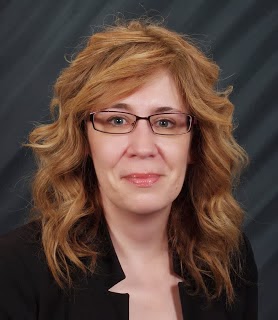 Julie Flanders is a novelist and freelance writer in Cincinnati, Ohio. She has a life-long love affair with the ocean and has spent more summer vacations than she can count on the island of Martha’s Vineyard. When not writing, Julie can be found playing with her pets, reading, cheering on her favorite sports teams, and watching too much television. The Ghosts of Aquinnah is Julie’s second novel. Her debut novel Polar Night was released in February, 2013 by Ink Smith Publishing.