Writing About: A Character Going Crazy


I had the unique opportunity to let the heroine in my (unpublished) supernatural-thriller series go crazy. It wasn’t easy because she’s such a strong character, but I had a lot of fun doing it. She even stayed in a psychiatric ward, which is where she actually became crazy.

Exploring a character with a different mindset is a neat experience. If you ever have the opportunity to do this, embrace it and keep these tips in mind:

1.    Let your character gradually lose his/her sanity. People in real life don’t go in sane suddenly, with the snap of a finger. It happens overtime, so don’t rush this process. Ease your character into the depth of insanity as if you’re dipping into a cold pool.

2.    Reveal what causes your character to go insane. You can do this by showing glimpses of your character’s past, a sequence of events, or a medical diagnosis.

If you character is diagnosed with a disorder, please see this post: Writing About: A Character with a Personality or Psychological Disorder

3.    Show the moment your character has his/her psychotic break, pushing him/her into full insanity. In my book, my heroine’s evolution is slow, but the moment she breaks is monumental. Your character’s break can happen due to rejection, heartbreak, or anger (a fight).

4.    When your character is in this state of insanity, his/her thoughts are important because they reveal mental disorders. Give your character strange thoughts by letting your own thoughts get a little twisted.

TIP: Watch movies with these subject matters and read books to help you get into this frame of mind.

5.    Body language and how your character moves is also a great tool to express a character’s sanity. Once, when I was trying to get into my heroine’s shoes, I started to rock back and forth and tap my feet while repeating, “I don’t know, I don’t know.” It felt so brilliant that I wrote exactly what I did and said into my book. So, let your character fidget, chew his/her lip, or pull his/her hair. 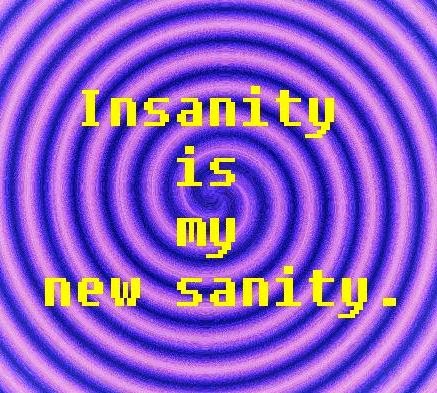 6.    What a character says is as important as what he/she thinks. Let him/her randomly recite poems, babble, and repeat words/phrases over and over.

7.    Emotions are everything! And when you have a mental disorder, they are heightened. Show your character’s emotions whenever you can, such as anger, depression, sadness, but make them extreme to fit his/her sanity.

8.    Someone’s appearance can explain a lot about them. For this unique role, you can give your character long, uncut fingernails; oily, knotted hair; dark under eye circles with red eyes; and mismatched or dirty clothing

9.    Eyes can be very expressive. Along with under eye circles and red eyes, look for moments when you can describe your character’s eyes as wild or blank. Wild eyes are wide and are perfect for when a character is having a psychotic episode. Blank eyes appear devoid of expression, emotion and life, and works best for when a character is feeling lost or in the clutches of major depression.

10.    People with disorders have outbursts, so you can’t write a story about a character going crazy and not have them go through outbursts of hysterical laughter, screaming, or crying.

TIP: Make sure that what your character does and how he/she acts fits with your story line and genre. For horror, your character could have frightening hallucinations or become murderous. For romance, love could pull your character back to sanity.

QUESTIONS: Have you written about a character who could be defined as insane? Do you have a favorite book or movie on this subject?

Two of my all-time favorite movies are Girl, Interrupted and Gothika.

Email ThisBlogThis!Share to TwitterShare to FacebookShare to Pinterest
Labels: a character going crazy, Character Development, insane characters, Writing About, writing about a character with a personality or psychological disorder